There are a few things that are central to life’s joys and pleasures, like food. Our Birthdays, our anniversaries, our graduation parties are as memorable as the food that was cooked—and heartily enjoyed. Yet while food can be the source and center of unalloyed happiness, it can also be the cause and trigger of untold pain and suffering. About 30 million Americans are victims of eating disorders and a whopping 7.8 million of this group attempt suicide. Here, we look at four common eating disorders and those who are most susceptible. 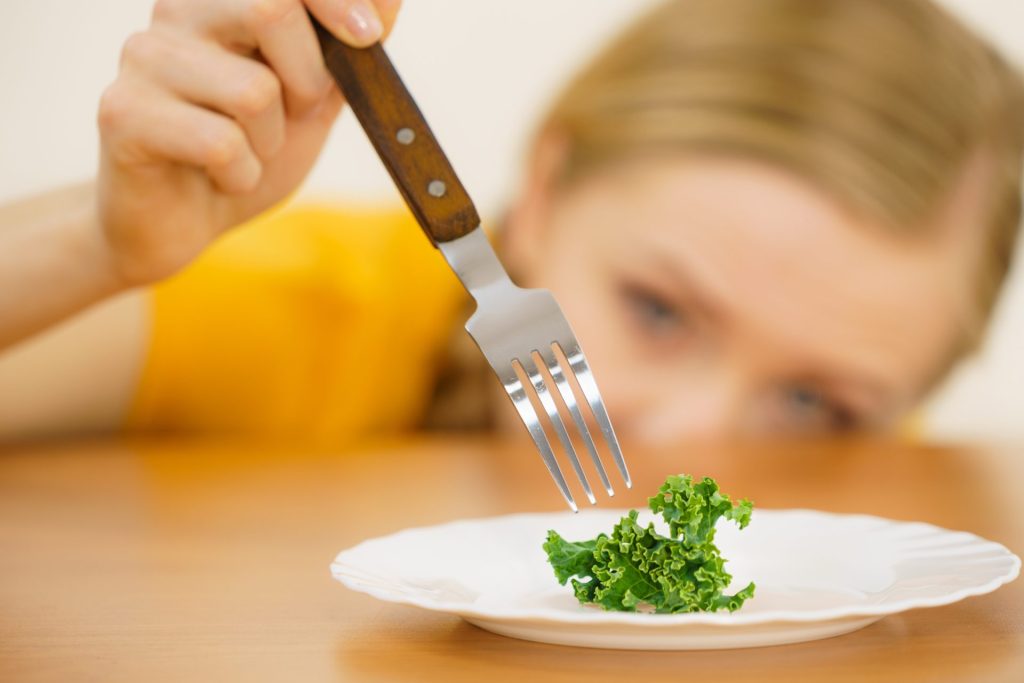 Bulimia Nervosa is an eating disorder that’s usually characterized by an obsessive concern about weight. Victims of Bulimia undergo episodes of uncontrollable eating followed by a compulsive determination to shed any consequent real or imagined weight gain.

Studies show that about 0.28% of Americans, or 920,000, suffer from Bulimia. While the exact course is not known with certainty, societal ideals of beauty, weight, and shape are thought to be contributing factors.

The Most Common Victims of Bulimia Nervosa

Perhaps because of the nature of their occupations, swimmers, athletes, and gymnastics enthusiasts are the most susceptible. Females are up to five times more susceptible than their male counterparts. Almost all victims of Bulimia (95%) have at least one other psychiatric disorder.

This eating disorder is evidenced by abnormal anxiety and fear of weight gain. As a result, those who suffer from Anorexia adopt a harmfully restrictive diet with serious health consequences recognized by extreme thinness.

Studies from the National Institute of Mental Health show that about 0.6% of the American population suffer from Anorexia. This translates to about 2 million. Family history, perfectionism, and a desire to conform to society’s expectations and values are thought to be contributing factors.

The Most Common Victims of Anorexia Nervosa

A remarkable two-thirds of Anorexia Nervosa victims had some traumatic event that occurred before the onset of their condition. These traumatic events are broad but include sexual trauma, emotional abuse and neglect.

Teenage girls and young women in their early twenties are at an elevated risk of developing Anorexia. But perfectionism and related personality traits are also important associations.

Binge eating disorder, characterized by compulsive and excessive eating, is the most prevalent eating disorder in the United States. Its prevalence rate is 1.2% or 4.7 million. A combination of psychological factors (including stress), dieting, and family history are thought to play a role in the development of binge-eating disorder.

The Most Common Victims of Binge Eating Disorder

Females are twice as likely to suffer from binge-eating disorders as are their male counterparts. Teenagers are particularly prone.

If you or your loved one is struggling with any eating disorder, you should consider seeing trained and Board-Certified Psychiatric practitioners as a matter of urgency. Contact us today and schedule an appointment.